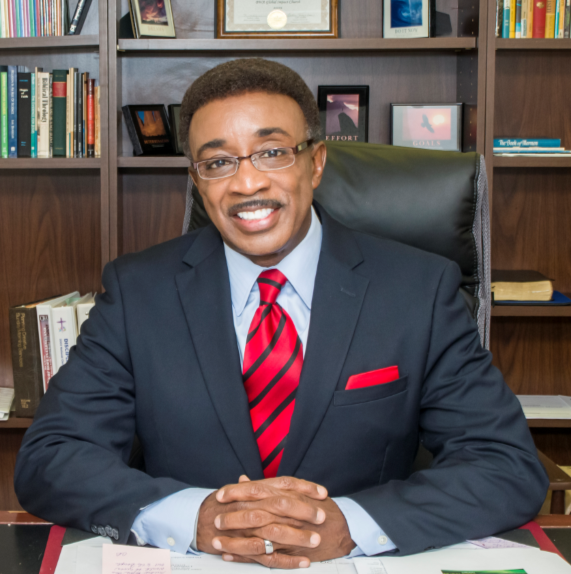 A Message From Our Pastor 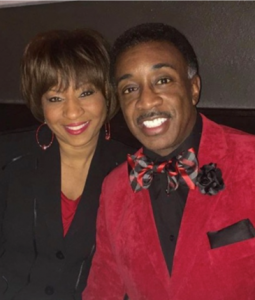 For the past 35 years you’ve known him as Wayne Dawson of Fox 8 News, delivering the news both good and bad into your living room as a respected local journalist. But the past 20 years Wayne has been delivering the Good News, the gospel of our Lord Jesus Christ to dozens of churches here in Northeast Ohio.

After accepting Christ at an early age under the pastorate of the late Rev. Dr. Albert T. Rowan at Cleveland’s Bethany Baptist Church, Wayne strayed from the faith during his college and early adult years. According to Dawson, “those years of wandering in the wilderness made me realize I was in need of a Savior.”

Indeed it wasn’t until his mother Annie Dawson passed away did Wayne recommit to his relationship with his Heavenly Father. Dawson says, “I lost my mother and it was a devastating blow, but the the Spirit of the Lord spoke to me in my heart saying, “Don’t worry you still have me, your Father who art in heaven.”

Slowly the Lord began to work in Wayne’s life, giving him a mission and a divine purpose, in fact Dawson came to realize the reason the Lord had blessed him with a wonderful career in television was not for his glory, but for God’s glory. At the direction of the Lord, Wayne became a much sought after Men’s Day and special occasion speaker in churches through out the area, and he began writing for a Christian publication. Indeed the Lord was using his notoriety for His purpose.

Dawson says, “I had a testimony and God was using me to tell others how he had brought me from a “mighty long way.” Through the prompting of the Holy Spirit Wayne began studying the Word of God, first on his own, and then at the Logo Bible Institute in Akron, Ohio earning a certificate in Systematic Theology. For the past few years Wayne has been working on this Master’s of Divinity at the Trinity College of the Bible, and hopes to complete his course work within the next year.

Before being called to Pastor Grace Tabernacle Baptist Church, Rev. Dawson was licensed and ordained at his home church Bethany Baptist, under the leadership of the Rev. Dr. Stephen Rowan. During his time at Bethany, Dawson served an Associate Minister, Preacher, Teacher and Ministry Leader, with an emphasis on the church’s marriage, prison and youth ministries.

Outside of the church, Dawson continues to do God’s work through the Annie L. Dawson Foundation. This family foundation focuses on serving the “least among us”, providing college scholarships, coats, gloves and hats for inner city children, providing meals for the homeless, and offering workshops for high school students. “It’s all about giving back”, says Rev. Dawson, “God has been good to me and my family and we just want to be a blessing to others”.

Rev. Dawson has been blessed with a supportive Woman of God his wife of 21 years LaVerne. They are the parents of four children; Tamara, Crystal, Tyshin, Danielle and seven grandchildren.

God placed Rev. Dawson at Grace Tabernacle in July of 2017, first as an Interim Pastor following the death of the church founder the Rev. Dr. Jeremiah B. Pryce. On May 1, 2018, Rev. Dawson assumed the permanent pastorate of this strong and vibrant congregation. “My goal is to build on the foundation Rev. Pryce has laid, leading God’s people as the Lord leads me, to bigger and better things in the name of Jesus.

I sincerely thank God for this opportunity to lead His people, and I assume this role firmly rooted in the words of Philippians 4:13 “I can do all things through Christ who strengthens me.”